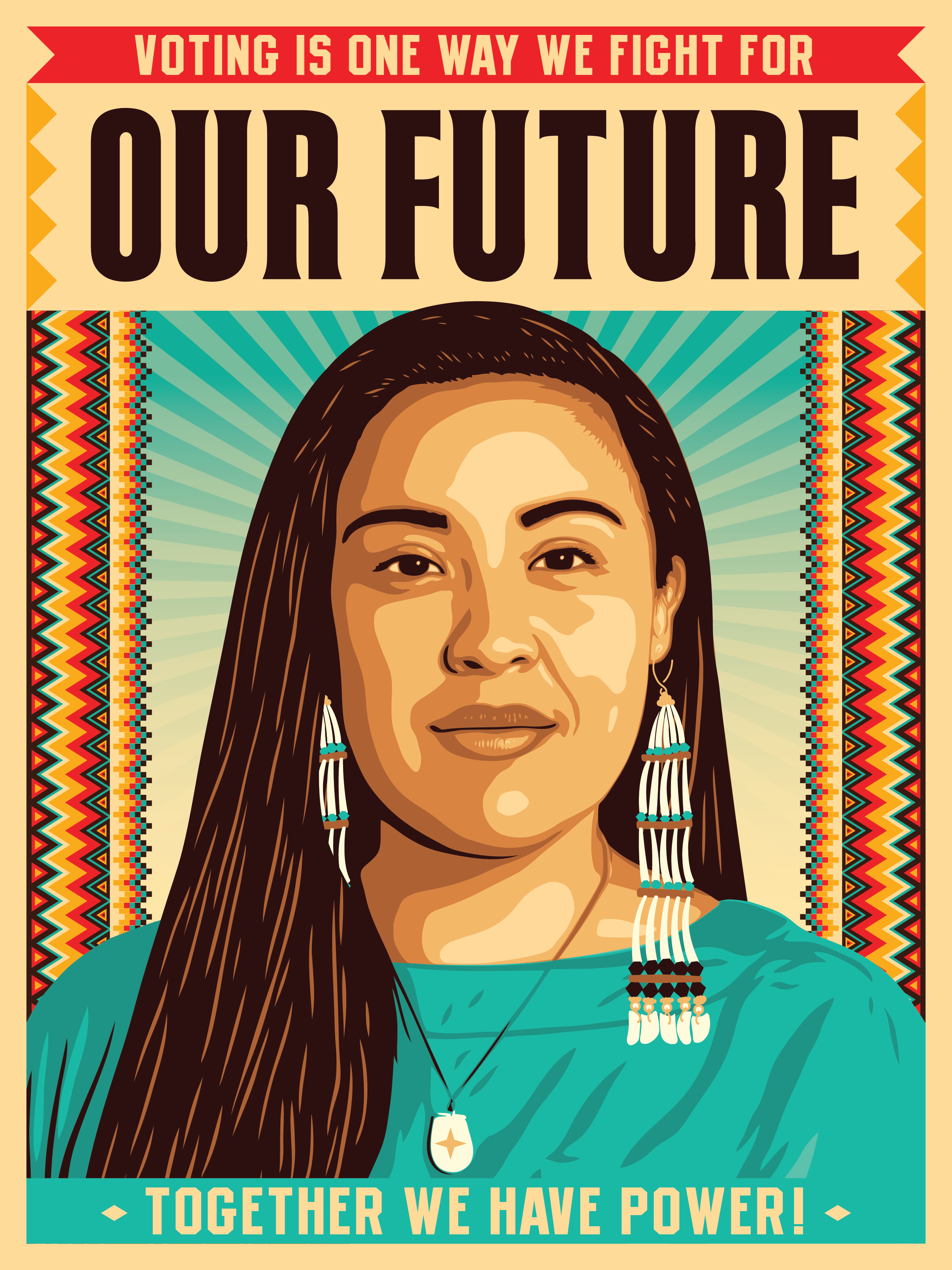 Each year, the Fourth Generation of the GSF family board members makes an award to an organization or campaign that has demonstrated exceptional leadership and powerful impact over the past year. The Movement Fund Award is an ongoing tribute to the life and work of former GSF Executive Director Lani Shaw, who brought an exuberant passion, commitment, and skill to her activism and leadership in social change philanthropy. The award aims to shine a spotlight on emergent, important movement work that has yet to get the recognition it deserves.

Native Organizers Alliance was deeply involved in supporting and amplifying the voices of leaders at Standing Rock, and Executive Director Judith LeBlanc is one of several leaders who are working actively to bring more visibility and resources  to Native-led work. Native Organizers Alliance engages Native communities in movement building and electoral work to build collective shared power to challenge the policies that stand in the way of healthy communities.

The Lani Shaw award aims to shine a spotlight on movement work that has yet to get the recognition it deserves. Native-led work remains invisible to much of philanthropy as a whole, yet it offers a uniquely transformative worldview, powerful leadership, and particular legal opportunities that are available to sovereign tribes. By honoring NOA’s work, the Fourth Generation family members of the GSF board hope to bring attention to the important work that Native Organizers Alliance and other Native-led organizations are carrying out at this time.

This award of $50,000 honors the visionary leadership of Native Organizers Alliance. We encourage other funders to join us in support of this heartfelt and impactful initiative.