“The arc of the moral universe is long, but it bends toward justice”
—Martin Luther King Jr. 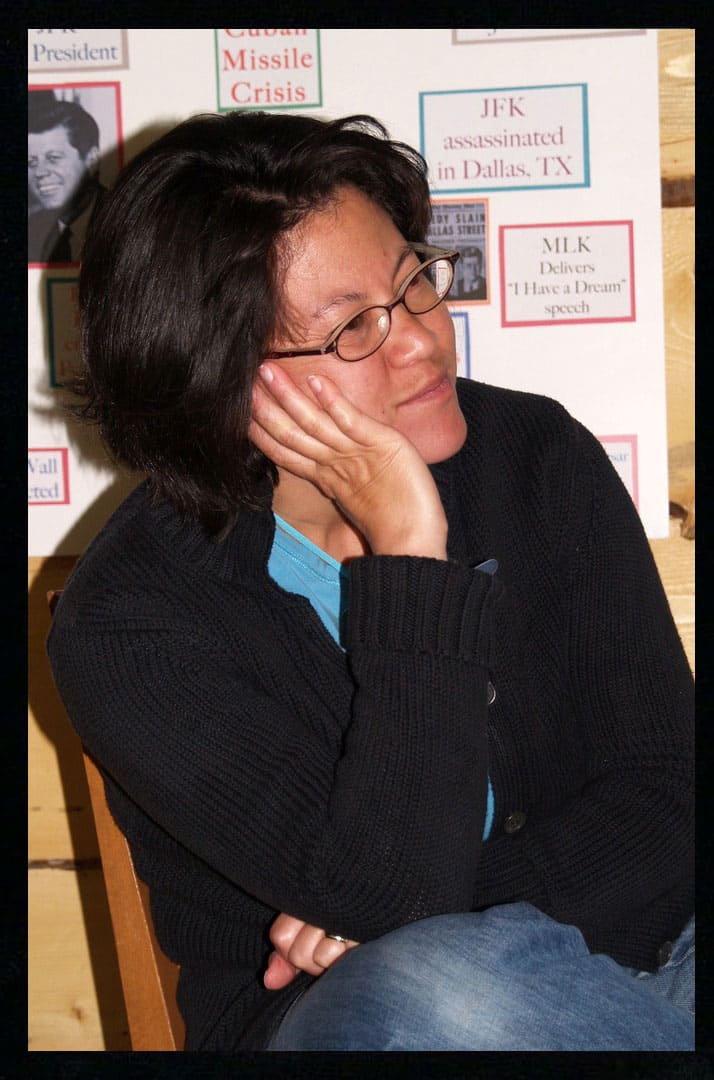 The goal of the Lani Shaw Movement Fund is to support issues that align with core values of both GSF and of our dearly departed Lani Shaw, but do not fit into existing program areas. Run by the youngest generation of the board, the Movement Fund will look for opportunities to support movement-level work in a way that Lani would if she were with us today.

Lani was special. With an exuberant passion, commitment, and skill, she was professionally, a leader in social change philanthropy and personally, an activist willing to travel miles for a march or demonstration and dedicate countless hours to a cause. She was also an unwavering mentor, friend, and valued member of the GSF family. She saw the humanity in every person, and their right to dignity and equity in our world.

Lani wanted a revolution, so she became a student of social movements, watching and participating eagerly any time those without power rose up to speak truth. She paid most attention to movements where courageous leaders told their own stories or expressed rightful outrage to organize resistance to oppression. In her time, this meant tracking the DREAMers—undocumented students demanding the right to get an education and stay in the country they call home; Occupy Wall Street, which she loved for its decentralized “leaderful” challenge to corporate power in the wake of the Great Recession; climate justice marches led by young people; and the backlash following the death of Trayvon Martin and countless other black youth. She didn’t live to see the aftermath of Ferguson and #blacklivesmatter, but her passion would certainly have been sparked by these young black leaders’ courage and brilliant use of new media to change the conversation.

Lani’s focus on explicit support for diversity and racial justice was unyielding during her time at GSF. She intuited the specific challenges faced by communities of color, foresaw how changing demographics and the political landscape would only augment those challenges, and attested to the great need of supporting strong groups led by people of color:

“If I’m in a place where there’s no diversity I’m going to bring it up.”
—Lani Shaw

“[People of color led groups] have been marginalized and are starting from a different place than other groups who are not prioritizing POC perspectives. And yet, funders expect to give these organizations less money, with more strings attached, while expecting that they have the same policy impact as the mainstream organizations. In fact, these groups need much MORE investment because they are starting from a different place and have many different challenges that require resources.” ~February 2013

She made the link between cultural moments where social issues were rising to the surface and breaking through. She cared deeply about cultural strategies and could never quite find a way for the foundation to support them.

“Our collective memory is what we take from battle to battle, and that memory is more often than not captured in cultural flashes. If I hadn't sat in front of the television at the tender and impressionable age of 22, watching Nelson Mandela's release, or watched Anita Hill's testimony against the first Black Supreme Court nominee, or the infamous OJ car chase and trial, what would I remember about race and gender?” ~December 2013

As GSF’s Clifton Musser foreshadowed in his 1946 letter to the board, Lani knew current justice campaigns would evolve and change, and she always encouraged the long view. With that said, here is a guide in some of her words and thoughts in Lani’s preferred format—bullet points!

But even with the deep sincerity she felt for the serious issues in our world and work, Lani always encouraged lightness, playfulness, and joy. Lani once gave parting advice that will serve the Movement Fund deliberations as well as it did the Program Team she wrote it for:

“To wrap it up